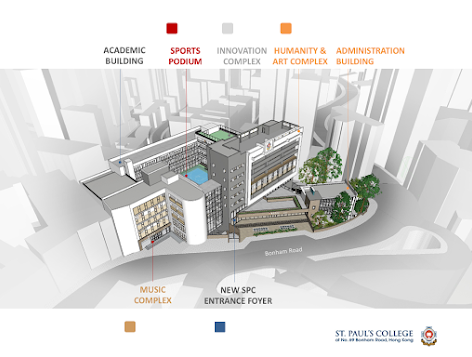 A Vision of the Future

Nothing in this world worth having comes easily, and the construction of our new facility will be no exception. I believe that we have great power within our St. Paul’s College family to make this vision a reality, and the reality will require hard work, determination and unity of purpose. But that reality will bring us a place of communal space, of well-designed learning environments that breathe purpose into the time we spend with each other.

An initial pledge of $600,000 (roughly $16 million in today's currency) from oil magnate John Harrison, along with contributions by the American Baptist Education Society, helped to found the University. The University's land was donated by Marshall Field, owner of the historic Chicago department store that bore his name. 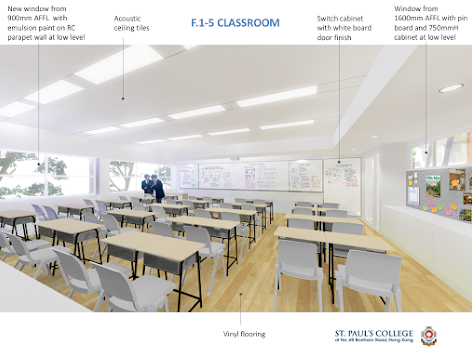 A Collegial Environment for Learning

We live in a time of exponential change. Simple classrooms are no longer so simple. Increasing the size of the classroom blocks will enable long term sustainability in classroom usage with upgraded materials. This will allow teachers to move from the rows of seats to a modular approach depending on the task. Classrooms will place emphasis on a warm and inviting physical environment to encourage movement, flow and participation.

To provide a collaborative learning setting is the first step towards 21st Century skill acquisition. New, more spacious classrooms with communal areas for an active learning context can change the nature of our boys’ learning to an interactive and communicative framework. A learning commons and redesigned library/learning centre will provide a centerpiece and focal point for individual advancement and group project design and delivery. This change in where and how the students acquire knowledge will help prepare them for a fluid and dynamic work environment after tertiary education 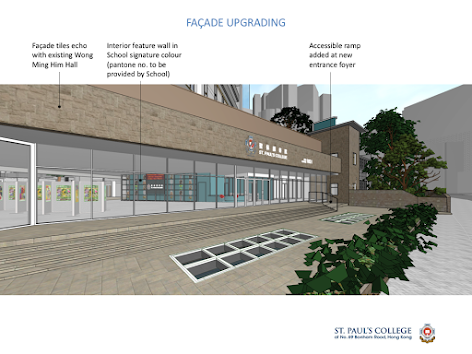 This is a key element of our new campus; call it synergy or linkage or symbiosis or simply convenience, the new campus is all about connectivity. Our new entrance on Bonham Road will allow the administrative centre of the College to also be a front-of house welcome mat to our students, parents and alumni. The new large, airy, and inviting entrance to the College will provide a central clearinghouse for all of the action at 69 Bonham Road. The entrance will have the mementoes of the past we so value in our heritage, but also be large enough to link the entrance to our activities centres. From the entrance to the arts centre to the fitness centre to the all-weather facilities to the integrated labs and computer systems. Everything is connected in the most seamless way possible, starting from the state of the art entrance providing a bright warm welcome to Bonham Road campus. All for each and each for all. Connected.

Information systems and established campuses are always a challenging mix. This has been a constant theme over the past ten years. Our new campus will give us the opportunity and potential to be a STEM and computing leader. The College has made a significant commitment to the manpower and resources necessary to make our College in the cutting edge of STEM education, a focal point for Hong Kong schools in the 21st century. The new facility will focus on upgrading computing and information technology facilities. 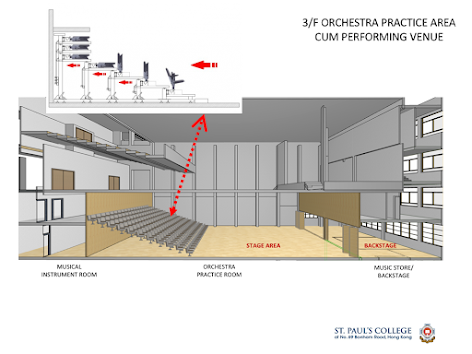 SPC boys represent a range of skills and proficiencies, and every boy has the chance to excel in a wide variety of areas: music, art, drama debating, scouts, first aid, service activities, peer mentoring, robotics and so many clubs that every boy has the chance to take up a leadership position if he wants. The new campus will give us the space and situation to raise our co-curricular and extracurricular programmes to the next level. Creativity flourishes at SPC with our choirs, orchestras and artistic endeavours. The campus will give us the dedicated spaces needed for our creative hearts to take wing and fly. 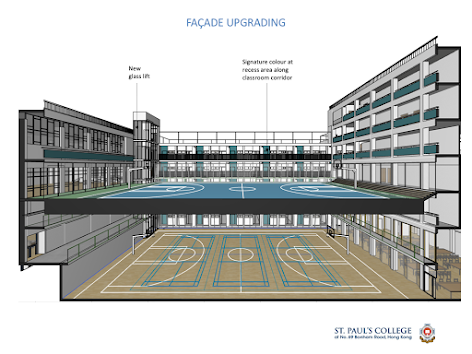 With such a desirable location on Bonham Road, space for our athletes has always been an issue. The new campus boasts a raised lower playground, covered swimming pool and basketball court, and a fitness centre for the school community. Our student-athletes have always exceeded expectations- now, with new and enhanced facilities, expect big things to come. 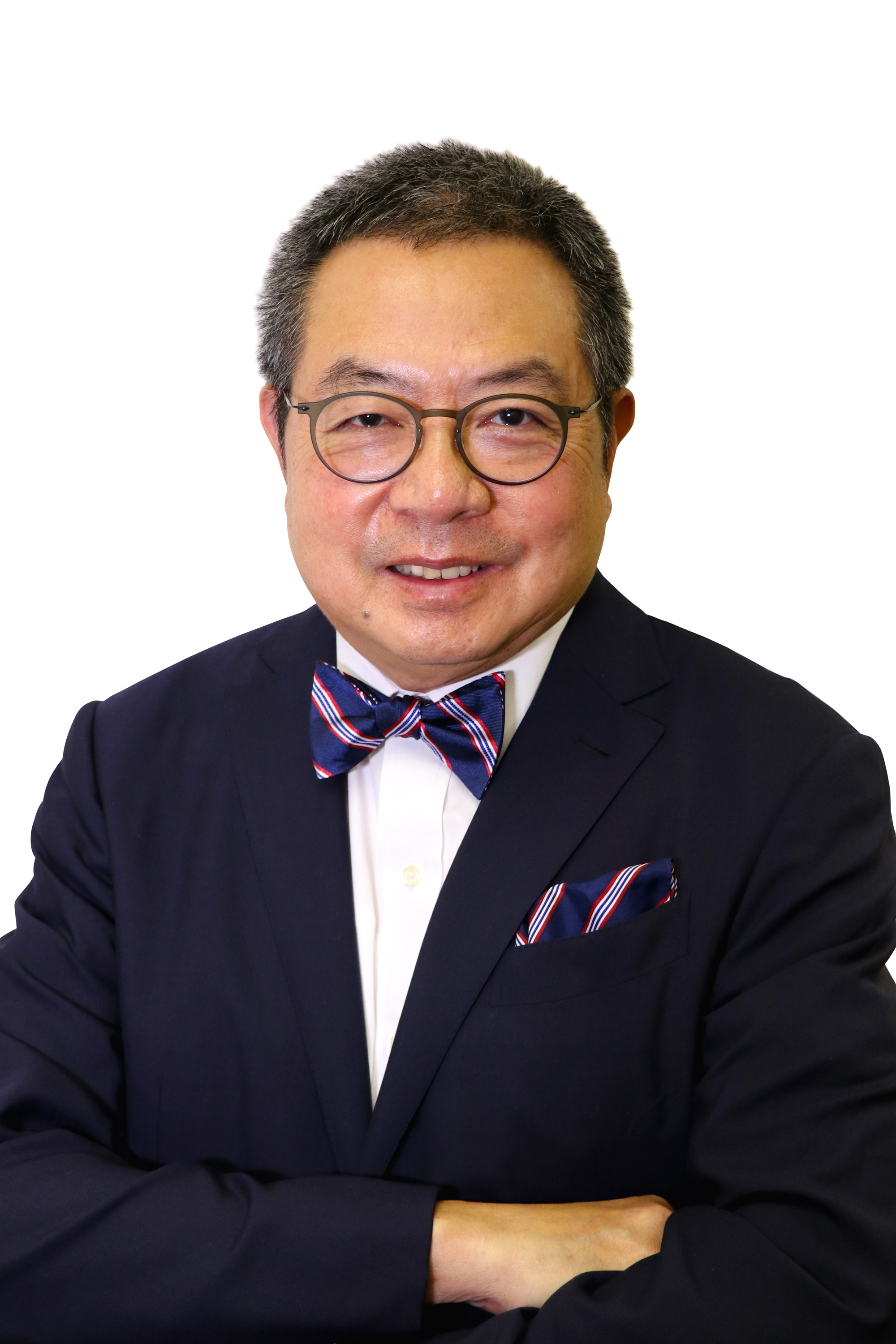 51 years ago, I received my Form 5 diploma in this School Hall. I could not imagine after so many years I am standing in the same School Hall, addressing an audience on Speech Day. As I look around, the hall appears essentially the same. The major obvious difference is the cool ambience from the air-conditioning, a luxury we did not have. That is pretty well what we are seeing throughout the campus, not much changes in half a century. It certainly allows alumni to reminisce on the good old days as they can see exactly where they ate lunch in the covered playground. However, at an age when education has changed so much with concepts that I can barely comprehend, the state of our school can only marginally able to cope with the new need. Our peer schools have all jumped ahead to modernise their campuses, from the addition of new facilities to rebuilding the whole school. St. Paul’s students deserve a better campus.

Thanks to the decision by the College Council, St. Paul’s is now embarking on a monumental project to enhance our campus. It will be the third historical drastic change of our Alma Mater in the last 70 years. First the move from Glenealy Campus to the present Bonham Road Campus. The second one was a complete rebuilding of the school in the 60s to meet the need of an expanding student body, from 2 to 6 classes per Form. The present proposal will create more space, functionally designed so that our boys can receive state of the art training in various aspects.apart from academic pursuit. In other words, the development of an all round student, a goal that is in the tradition of our school. This project is by no means an extravagant facelift but is entirely driven by necessity and the design is to suit the needs of a modern education.

The whole Project has four distinct campaign and the total estimated cost is no less than 400  million dollars with Campaign One requiring 90 million. After Campaign One, the decision for the go ahead to subsequent Campaigns will depend entirely on the progress of the Fund-raising Campaign. Yes, it is a very large sum to raise, a very challenging undertaking indeed. Is the target achievable? I believe so but only with the concerted efforts of the whole St. Paul’s community, Council Members, School Management, teachers, students, parents and alumni. If everyone treats the campaign as if it is one’s own we will be able to achieve it.

Dennis and I would like to point out that besides raising capital for the project, it is a golden opportunity for the school to bring the community together and forge a closer relationship. Everyone has a role in this exercise. No matter how large or how small a donation is, your participation implies you care about St. Paul’s College and that means a lot to our school.

A formal ceremony for kicking off the Campaign One will take place on Dec 4 at the Bishop’s House in Glenealy, the birth place of St. Paul’s College and we expect many prominent alumni to come and show their supports. A series of events will be planned for the coming year to raise the level of awareness of the Campaign as well as opportunities for patrons to support the Project.

When Dennis and some Council members approached me and invited me to lead the Campaign, I was hesitant because of my hectic time and energy constraints. After some considerations, my heart won over my brain and I agreed to accept the challenge. It’s difficult for me to explain but I love my school and I just feel it is the right thing for me to do.

By this presentation I hope I have given you an outline of the project, the challenges we face and I will count on your support. 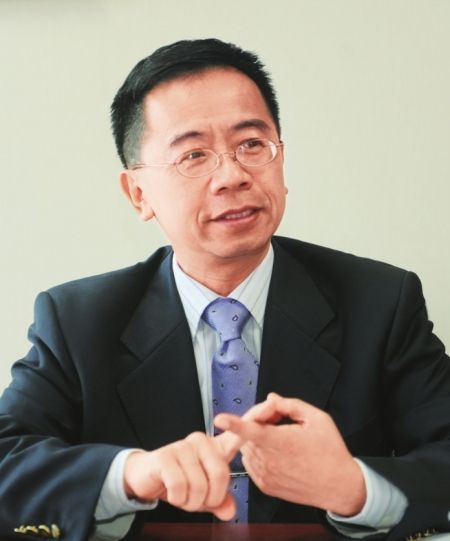 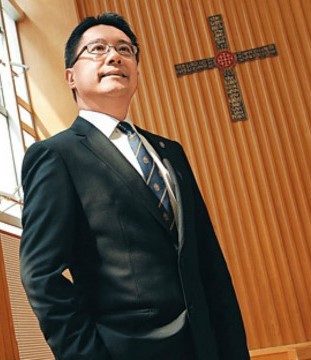 It is now over 50 years since SPC came to Bonham Rd. There have been many changes since then, but our facilities have really not changed greatly since the building was erected in 1965. That’s well over 50 years. When I think about this situation and the need to upgrade and refurbish and renovate our school, President Obama’s quote comes to mind. We can continue with our present facilities, but don’t our boys, our families, our posterity, deserve more? Why should we not offer a first-class facility to our students to place us on the cutting edge of STEM learning, of extracurricular facilities, and classrooms that really reflect 21st century learning? Again, if not now, when? If not us, then who?

Now is the time for the first major structural facelift to our school. It is time for us to transition to a different mode of learning incorporating smart technology for smart students. The essence of a St. Paul’s student is his comprehensive skills and specialist interests. We try to serve the whole student: spiritually, mentally, and physically. To serve these needs, we have to help them to learn today so they can lead tomorrow. We know that we have a solid foundation, but to match our glorious past we must build for our future.

We are looking at nothing less than a major revamp and facelift of the College - to present a College campus that will be state of the art in fostering learning, athletic, sporting and service opportunities to our students. So how will we do this? In this first instance I encourage you to look at our plans and to become familiar with them. They are nothing if not ambitious.